Is your home an investment? 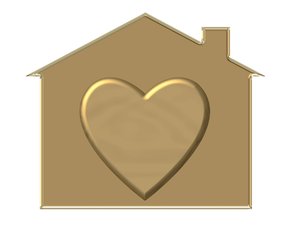 Most people’s answer is “yes”, as their private home forms a large part of their estate - or net worth. It has value, and should be reflected in your personal balance sheet - it is an asset - no doubt. But is it an investment?

Of course there are important emotional factors associated with home ownership which cannot be dismissed, here we are just looking at the investment side of the equation.

Before going further, bear in mind “Investment” is defined by many as “capital invested to produce interest or profit”. Buying your own home certainly is investing capital. Rarely does your own home produce interest (income) though. Profit is often questionable, because “profit is an excess of returns over expenditure”.

By the time we factor in the interest paid on the mortgage required to purchase the property, then the improvements made by the owners - the “profit” figure is very questionable on re-sale. Many people disagree with this point - until you consider a mortgage of $100,000 at 7.5% over a 20 year term results in just over $196,000 being repaid to the bank. To cover the cost of the interest, your home needs to grow in value at 3.4% per year over the 20 years. That’s the break-even point at its simplest. Put those improvements and maintenance costs on top… well it’s going to be tight isn’t it?

New Zealanders apparently have one of the highest proportions of home ownership in the world (one source had us at 17th in 2011). As a lifestyle choice, it is one of the most enduring features of living in New Zealand - the affordability and high quality available compared to the rest of the world. It is relatively cheap (outside of Auckland) here so lots of people own their own homes, which is great.

But - we know that the demographic trends for the next 20 years show less workers increasingly supporting more retired folk. The ratio’s themselves are not very re-assuring for either side of the problem - but they don’t really get the message across. Consider this: In about 20 years time in New Zealand, it looks as if we are going to have a town about the size of New Plymouth retiring from the workforce each year, and a town the size of Levin coming into it. How long could the tax payers of Levin fully support the people of New Plymouth as well as looking after themselves? Something must give.

From the “home investment” perspective though, take it one simple step further. A lot of those retiring folk think their home is an investment, and they’ll sell it for a tidy “profit” when they retire and “down-size” their housing requirements.

The most basic economic principle is the law of supply and demand. Lot’s of people selling (supply) with a diminishing number of people who want to buy (demand) will reduce prices. Perhaps the value of the “investment” will not hold up. More likely though, people won’t downsize because their asset is not worth what they hoped.

Which brings us to the answer to the original question - the home is generally not purely an investment. It is a fantastic lifestyle choice - it is consumption - and it is an asset that can be leveraged in the pursuit of investments and wealth creation, so it is a good thing for most people to have. It is an asset, but not necessarily an investment.